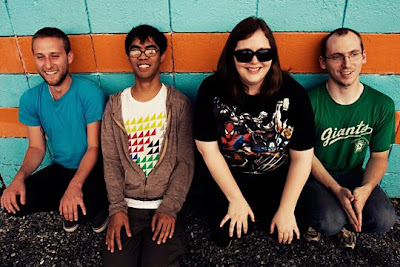 Twenty seconds after pressing play on my iPod to listen to the song Apple+Option+Fire, Richmond, VA’s Hot Lava had me in their corner. Their refreshing brand of indie pop is so infectious, you might just have to call the CDC to get their songs out of your head. The release of Lavalogy on Bar/None Records last fall cemented their place as one of the most entertaining and most respected indie bands in the country.

Hot Lava started out as art school buddies, Allison was design focused, Jared and Andrew did film and Matt did illustration and design. Their background had them playing in galleries and underground warehouse parties. “When we started playing live in late 2006, we didn't really have a niche. We played with a lot of local bands, but there wasn't a lot of chemistry at times,” explains Allison “We started playing shows with out of town bands (The Videohippos, The SadCobras) a couple months later and realized that we were all pretty likeminded folks. We've all networked a little now, and we’re part of a community that sort of spans up and down the East Coast. We're all friends of friends of friends and fans of each other's music. The internet has sort of fueled a new weird music revolution that's happening right now.” 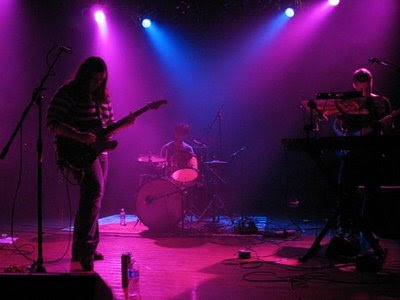 We caught up with Hot Lava “boss” Allison Lava via the interwebs and told her if she didn’t answer our questions we would simply die. Thankfully, Allison spared our lives and agreed to answer some highly suspect interrogatives.

Viva: What's the most embarassing band you loved as a kid?
Allison: I really, really like Tracy Bonham. Mother Mother was the shit. She dispeared. 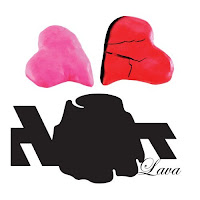 Viva: Who smells the worst in van after a show?
Allison: We all smell terrible!

Viva: What's the funniest thing that has happened to you on the road?
Allison: Jared and Matt smashing beer cans against their heads to see if they can break them...their skulls and the cans.

Viva: Who would win in a fight? Unicorns....or Narwhals?
Allison: Unicorns. Narwhals can suck it.

Viva: Who's in heavy rotation on your iPod?
Allison: XTC & The Zombies

Viva: What was the worst fight over nothing that you got into with each
other after being road weary and exhausted?
Allison: I am always secretly pissed that I'm "not allowed" to drive the van. Although, sometimes I drive. 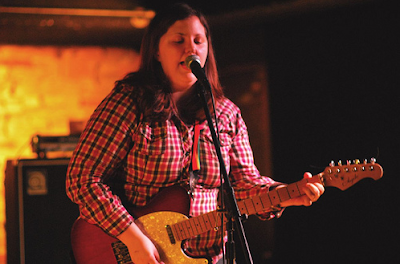 *The second paragraph was taken from their Bar/None press page! It was written better than the crap we were coming up with!
Tags:hot lava lavalogy
Posted by Viva Indie! at 12:42 PM