7 Silly Questions With Bodies of Water! 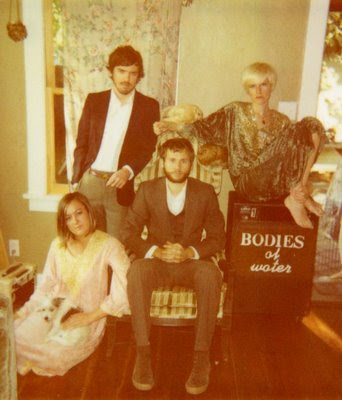 It is nearly impossible to describe in any meaningful context the triumphant sounds produced by California band Bodies of Water. Part rock opera, part gospel, part Age of Aquarius, the music is theatrical and over the top in all of the best possible ways. Perhaps Pitchfork’s description of them as “Jesus Christ Superstars” is the most accurate three word summary available. Husband and wife team of David & Meredith Metcalf have created the some of the most provocative, rousing tunes that come as a very welcome, very brilliant departure from standard indie rock fare. 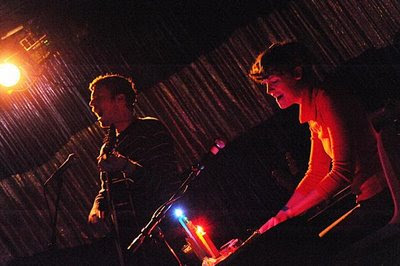 Depending on the venue, day, and time of year, their live show can be comprised of anywhere from two to eleven band members. Sometimes it’s just David and Meredith performing. Other times, it’s a small orchestra of musicians and vocalists furiously belting out the songs.The group has taken to touring around the country in a used RV, parking to sleep when they see fit and rocking the asses off every audience they meet.

We caught up to David & Meredith during some of their down time and begged them to answer some of our exceedingly silly questions.

Viva: What was the first record you ever bought?
David: It was a compilation tape of 50's music from the radio station K-Earth 101 that they were selling at the Pantry, which is the grocery store that used to be down the street from our house in Fullerton. The Platters, Jan & Dean, the Big Bopper, Dodie Stevens, etc. The Pantry became Vons a little while later, and now it is a Persian market.
Meredith: The Tom-Tom Club (1st record)

Viva: Who smells the worst in the van on tour?
David: I haven't noticed problems of this sort. Maybe that means that I have the problem...
Meredith: Kyle

Viva: Your sound can sometimes be reminiscent of 70s and early 80s rock operas! What is your favorite movie musical extravaganza from that time period?
David: Einstein on the Beach
Meredith: The Wiz

Viva: What's the funniest thing that has happened to you on the road?
Meredith: We off-roaded into a wooded area to unload the black water from our RV, thinking it was pretty harmless. We had never emptied it before. It was disgusting. We opened up the valve and let it drain into the dirt. We weren't on any kind of incline, so it just swirled around, and we had to hop out of the way. You would think that since it is mostly sink water and urine, it wouldn't be that bad, but it was unspeakably vile. 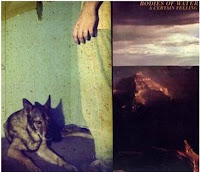 Viva: What was the worst fight over nothing that you got into with each other after being road weary and exhausted?
David: After eating at a Burger King in Wisconsin or someplace, Jamie told us that when he was 10 years old, he was served a bad hamburger and he vowed to never eat at Burger King again. He had kept his vow up until that very night. I don't know how much exhaustion factored into his decision, but it was a sobering moment. This was not a fight as much as an internal conflict (which was peacefully resolved). 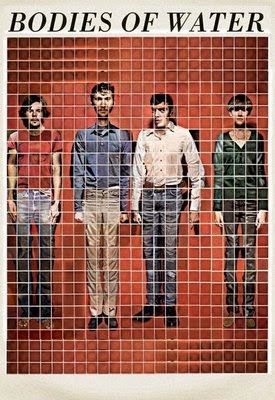 Tags: Bodies of Water
Posted by Viva Indie! at 5:20 PM