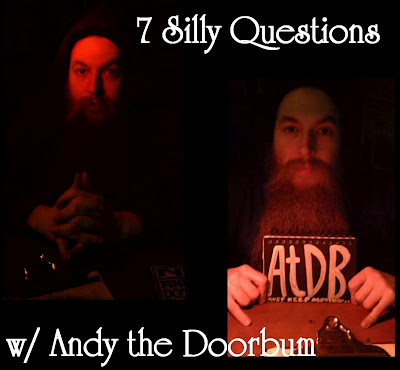 Andy the Doorbum is somewhat of a local hero around Charlotte, NC. For years he has been self-releasing astonishingly powerful records and touring the US and Europe pretty much non-stop. Literally a doorbum, Andy is a comforting, familiar face working the door at music venues such as The Milestone and Snug Harbor. The release of his latest album, a fantastic double LP on vinyl titled The Man Killed The Bird, And With The Bird He Killed The Song, And With The Song, Himself, has brought Andy even more attention and well deserved accolades. 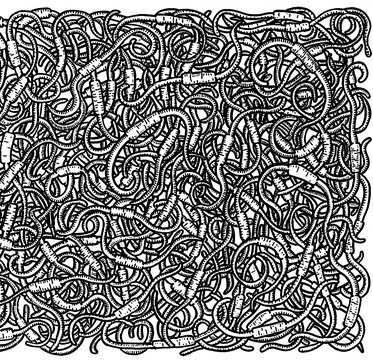 Andy the Doorbum is so beloved around Charlotte, that in the few minutes before interviewing him (while he was working the door for Snug Harbor) he was asked to sign an autograph and also sold a copy of his new record. Duly impressed, we got down to business and I am pleased to bring you the first ever live recording of a 7 Silly Questions interview. I could not have asked for a better musician and human being to share this with than Andy the Doorbum. Listen below.

Check out these great Andy the Doorbum tunes:

*Some videos courtesy of Muesproductions.
Posted by Viva Indie! at 9:01 PM