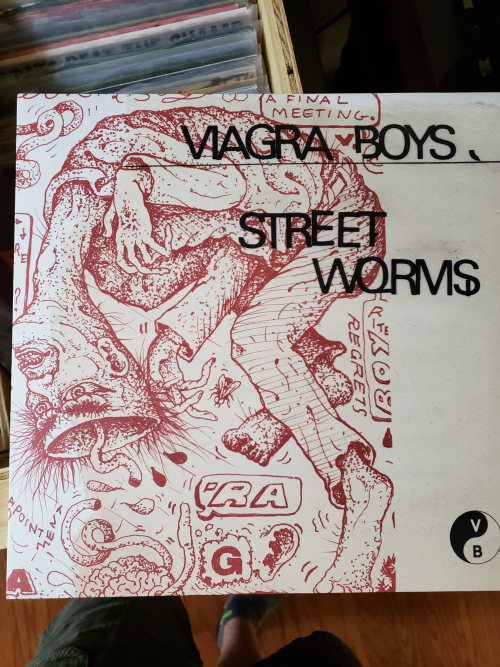 All in all, Street Worms is the most engaging sludge garage record I've heard in a long, long time. Check out the video for track #3 "Sports" and decide for yourself. Then go adopt yourself a wiener dog. 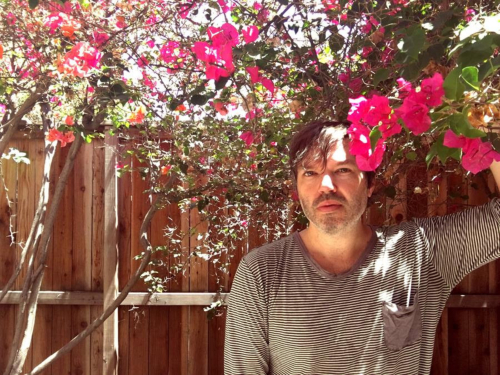 Papercuts is back with a sixth LP and has a new home at Slumberland Records! The new LP comes out on Oct 19th and is called Parallel Universe Blues. Take a listen to the preview track "Sing to Me Candy!" The band recently wrapped up an east coast tour opening for longtime pals and collaborators Beach House and has west coast dates in November.

Seatraffic formed in 2011 when Mark Zannad added drummer Brandon Harrison to his then fledging solo project based in San Francisco. Together the duo wrote and recorded their self-titled EP merging together synth minded, layered pop with Harrison's background in northern California hardcore.

Following the initial EP the duo began recording at Different Fur Studios with Nic Pope in 2012 and released a string of singles as well as their Crimes 7" which included a handful of solid remixes.

As the project began to gain momentum Zannad headed out to Seal Rock, Oregon in the summer of 2013 and set up shop for 6 weeks writing and arranging tracks that would eventually become material for their forthcoming full length debut Beauty in the Night. Returning to Different Fur Studios that fall the duo incorporated elements of synthesizer drone, 80s post-punk and dreamy soundscapes to the new collection of tracks.

Keep an eye out for Beauty in the Night due out late summer 2014. 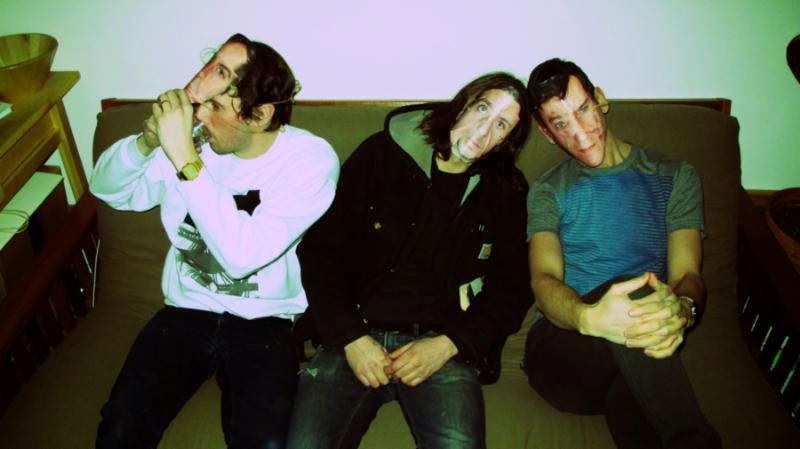 Brooklyn synth-pop trio share new single "Arco" from their forthcoming Vox Humana EP. Stream the track over at Refinery29, or on SoundCloud.

Papertwin has been playing music together since 2009, formed by Max Decker after narrowly escaping a lucrative career as a landscape painter. After two homespun EPs, the band is set to release their first studio collaboration, Vox Humana, on June 17.

Papertwin is comprised of Max Decker (vocals, guitar, synth), Francis Cardinale (drums, programming) and Nick Shopa (synth). They are friends, and have been for a while. Before forming Papertwin they were valet car parkers, land surveyors, piano tuners, landscape painters, denim tailors, movie popcorn poppers...and sometimes still are. 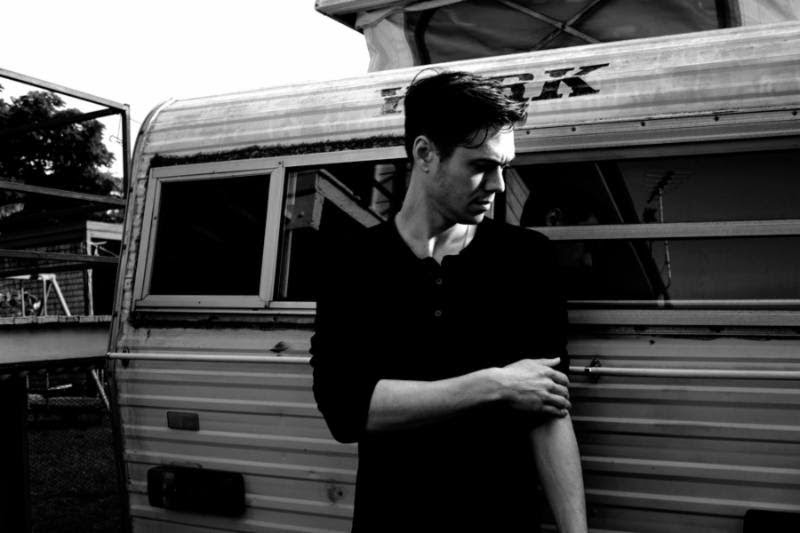 Toronto producer Beta Frontiers shares his latest offering, "Undone Things." The synth-heavy dance track is complimented by a color-washed video that compiles footage from 80s aerobic exercise videos. Check out the video for "Undone Things" over at SPIN, and stream the track on SoundCloud. The track is available for download on via iTunes/Bandcamp. 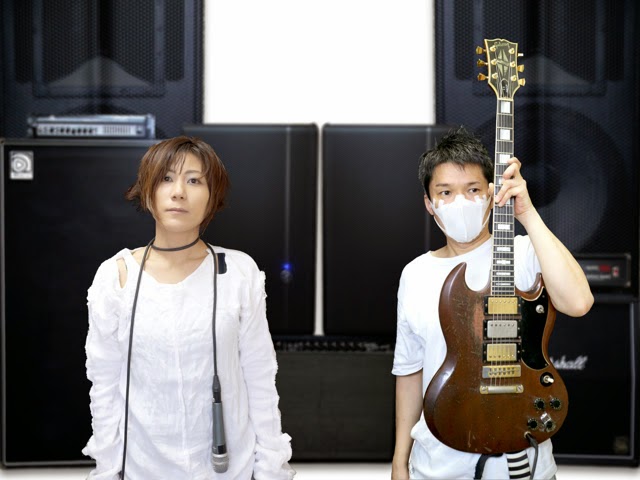 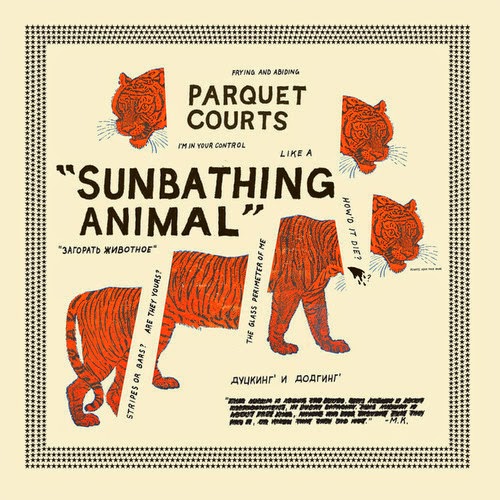 Parquet Courts Sunbathing Animal out June 3 on What's Your Rupture?/Mom+Pop (US), June 2 on Rough Trade (UK/EU). 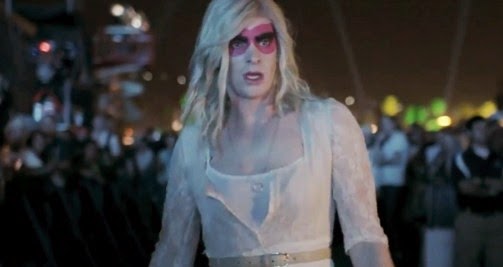 Really wonderful video from Arcade Fire for the track "We Exist." Touching look at gender identity and the struggles of LGBT youth. Starring Andrew Garfield. 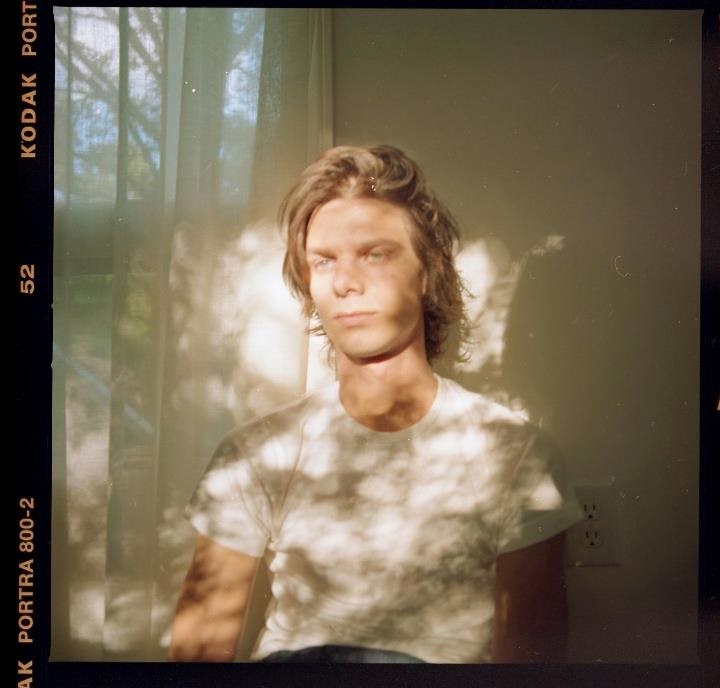 Psych-pop act Ludwig Persik premieres "Willow", a self-released atmospheric track produced by Warp's Jamie Lidell and taken from his forthcoming debut EP. The track is a sweeping of playful choruses blended with industrial instrumentation creating something ultra-modern. The electronically-tinged cut also comes along with a wistful yet experimental video, mirroring exactly what Persik symbolizes with a sonic palette.

Pains of Being Pure At Heart "Until the Sun Explodes" Shazam Experiment! 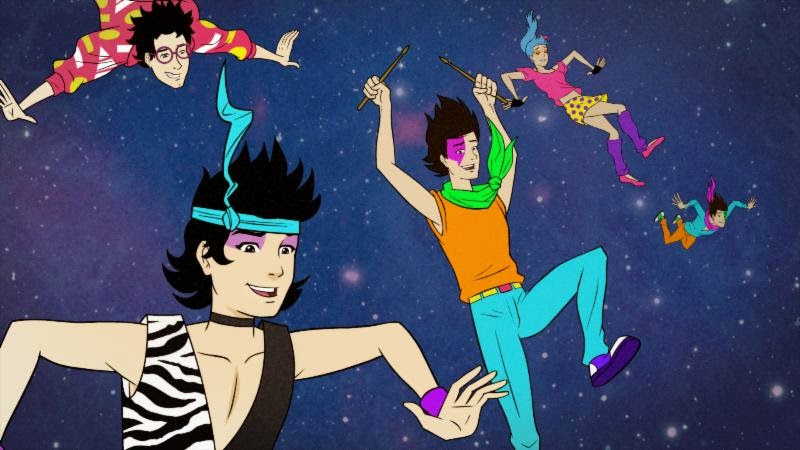 Straight out of a dream and onto the screen... The Pains of Being Pure at Heart share a Jem and The Holograms inspired anime style music video today for "Until The Sun Explodes" which you can watch exclusively via Shazam.  Here's how it works:  play this 15 second video clip, and then using your mobile device, tag it using the Shazam app and it will unlock the full-length video.

Days of Abandon is out now via Yebo in North America and via Fierce Panda in the UK/EU on June 2. The band is currently on tour and will wrap its North American run of shows with a homecoming gig at Bowery Ballroom. In case you missed it, check out the video for the album's first single, "Simple and Sure."

The album was recorded at new Greenpoint studio House Under Magic which is owned by longtime Pains cohort Danny Taylor (ZaZa). Produced by Andy Savours (My Bloody Valentine, Patrick Wolf, Cloud Boat) and mixed by Charlie Hugall at  London's Engine Room (Swim Deep, Florence And the Machine), The new record is the band's most musically sophisticated to date, channeling the gilded pop optimism of bands like Aztec Camera, The House of Love and The Lightning Seeds, while maintaining The Pains' penchant for earworm melodies and emotional candor.

"This album was a chance to push beyond Belong's universal style of songwriting into something that was far more personal and true to my ideals," says Kip Berman. "I wanted the music to be joyful, lush and full of possibility, even if the subjects were often more painful to confront."

Labels: pains of being pure at heart, shazam, until the sun explodes, viva indie rock 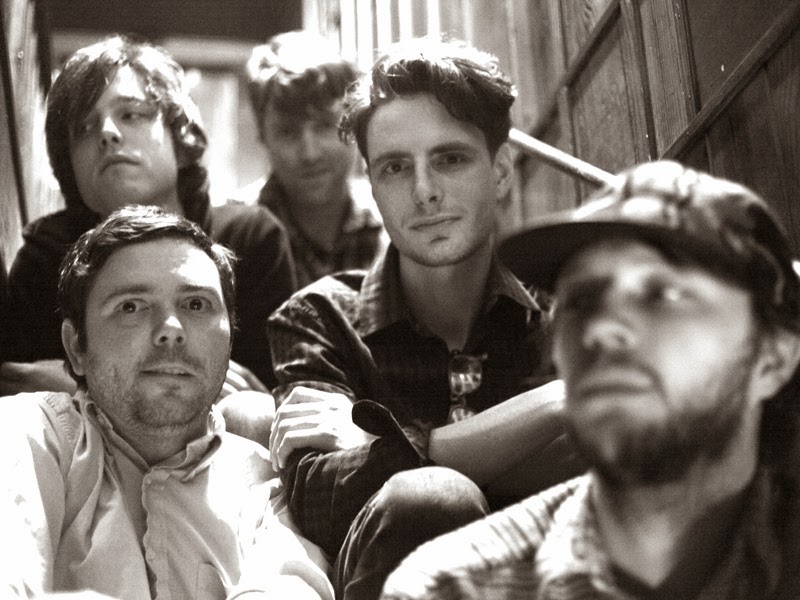 Gold-Bears' second full-length, "Dalliance," is a record about regret. It reminds you of that time you lied to your friend when you said you were too busy to hang out, but instead went to the bar alone. Or when you sent that really shitty email to your brother about something that really has no bearing anymore, because you were too caught up in the moment to think clearly. It also reminds you of the time you got divorced... from whatever or whomever.

In the past two years since Gold-Bears released their debut album "Are You Falling in Love?," main Bear Jeremy Underwood gathered a new crop of friends to carry out his fuzz-filled visions. "Dalliance" is more focused and abrasive than that 2011 debut, combining their noise-pop influences from forebears like Boyracer and The Wedding Present with shades of the post-hardcore, emo and post-punk on which the band all cut their musical teeth. This is not to say that Gold-Bears gave up impossibly catchy song-writing, just that their signature indie punk anthems are now even sharper, the guitars even more slashing, and the songs even more harrowing and heartfelt than ever.

"Dalliance" opens with the anthemic "Yeah, Tonight," a proper pop song featuring a duet between Underwood and Emma Kupa (of the defunct London indiepop band Standard Fare) that sets the agenda right away — sharp melodies and even sharper guitars, all whizzing by in less than three minutes. “Chest” rushes in almost immediately after, barely two and a half minutes of punk energy and fizzing feedback.

The stomping "From Gainesville to Tallahassee" features a gnarly feedback guitar solo and backing vocals from Black Tambourine's Pam Berry. “Punk Song No. 15” is as described, a blazing flash that condenses the history of UK noisy pop into just over one minute. “I Hope They’re Right” and the lovely, jangling “Hey, Sophie” show how much the band have expand their range, slowing the pace, turning up the jangle and taking on the big subjects.

Gold-Bears cover a lot of territory, musical and lyrical, in "Dalliance"’s 32 minutes and by the time that we reach the miniature epic of closer “Fathers And Daughters” we realize that we’re watching a band and a song-writer hit their stride, turning in an album that’s exciting, thoughtful and infectious.

Carsick Cars is one of the most established indie rock bands in China. Their much anticipated third studio album 3, produced by Sonic Boom of Spacemen 3 and Hamish Kilgour of The Clean, in New York, is set to be released on February 28th, on Maybe Mars.

'Heavy Crown' is the first official release from Manchester based Y.O.U (Your Own Universe) out via Tigersushi this spring.

Papercuts - Still Knocking At The Door

Life Among The Savages due out 5/6 on Easy Sound Recording Co.

Labels: life among the savages, papercuts, still knocking at the door

WOODS - Moving To The Left

From the upcoming Woods album, "With Light And With Love" out April 15th on Woodsist Records.

Labels: moving to the left, with light and with love, woods, woodsist