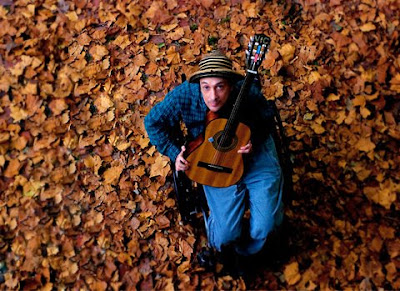 This fall Vic Chesnutt will embark on a six-week North American tour in support of At the Cut, the Athens, GA-based singer-songwriter’s latest effort. The touring band features Fugazi’s Guy Picciotto and members of Godspeed You! Black Emperor and Silver Mt. Zion, all of whom collaborated with Chesnutt on the new album which is out September 22 on Constellation Records. "Chain" is a great preview of what is to come!

Tags: vic chesnutt chain mp3
Posted by Viva Indie! at 6:37 AM No comments:

Merge Records is kind enough to give us all a free MP3 of the track "Gravitate" from the upcoming Lou Barlow release Goodnight Unknown due out on October 6th! It's pretty great. We are really excited about the record.

Tags: lou barlow gravitate mp3
Posted by Viva Indie! at 7:59 AM No comments:

Here's the latest video from Metric's album Fantasies! This album is really turning out to be their most solid release to date. Enjoy! 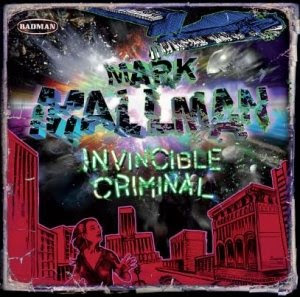 Here's a really fun video from Ruby Isle's Mark Mallman. His solo album Invincible Criminal is due out late August 2009! Check it out!

Cocoon Live in Concert Thanks to Our Pals at Grandcrew!

The first time you hear charming French duo Cocoon they will steal your heart. Our pals at Grandcrew.com caught them at La Maroquinerie in Paris. In the player below, you can watch the crowd sing along to song "On My Way", which is great, but not even close to being their best song. The entire concert is 17 songs long and can be viewed here:

Cocoon Live in Concert
Posted by Viva Indie! at 8:16 AM No comments: 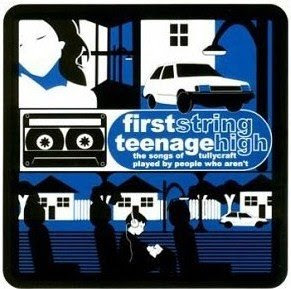 First String Teenage High: The Songs of Tullycraft Played By People Who Aren't, was orignially co-released in 2003 by AAJ & Bumblebear records. The initial run was only 500 cds and has been completely sold out for quite some time. This was back in the day before iTunes, Amazon MP3, Emusic, etc...were easily accessible to small indie labels.

First String Teenage High started as a labor of love by Bumblebear Records owner Jimmy Hughes (current member of Elf Power & mastermind behind wonderful band Folklore). With Sean Tollefson's support, Hughes lovingly complied the tracks over a two year period. Some of the songs covered are actually from Sean's bands that were precursors to or side projects of Tullycraft - Crayon and Six Cents & Natalie. Sadly, very few of the bands that contributed to the album are still in existence.

First String Teenage High will be available for download via all major outlets on July 28th, 2009 thanks to the fine folks at Unchikun Records!

Japancakes - Behind the Mountains Video 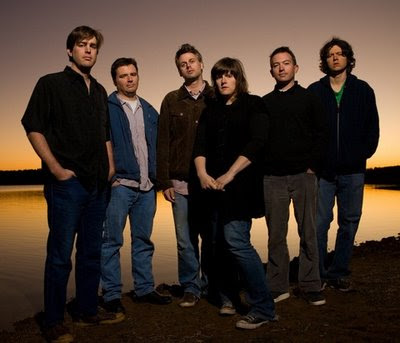 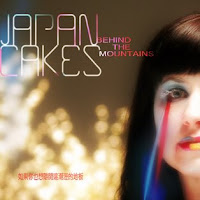 Japancakes "Behind the Mountains" is their first ever song to utilize voclas! While the band has mentioned the idea of introducing vocals to their music through the years, it has never quite happened… until now. From Athens, Atlanta, Los Angeles, and Taiwan, Japancakes have put together three versions of their single "Behind The Mountains." With the comforting airy vocals from Orenda Fink (Azure Ray) on the English version, accompanying Japancakes soundtrack style, some beautiful and simplistic visuals are drawn. These visuals come to life in the first ever video from Japancakes, directed by Ryan Berg. Stunning and simple, this video captures a glimpse of the beauty that comes to mind when thinking of all involved in the project. Even more so, another beautiful vocal version is available. With lyrics written and performed in Mandarin, by Moon (Miss Stocking), this unique version is equally beautiful in all areas. And keeping with Japancakes true instrumental roots, an instrumental version is also available. You can digitally download the tracks on iTunes the song starting July 28th!


Tags:japancakes behind the mountains
Posted by Viva Indie! at 7:26 AM 1 comment: 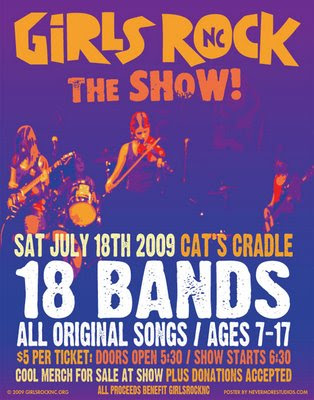 If you live within a few hundred miles of the Chapel Hill, NC area, you owe it to yourselves and to the future of indie rock to go to the Girls Rock show at the Cats Cradle on July 18th.

Come witness a new generation of young, musical women who have just finished up a unique week of summer camp where they trained and practiced tirelessly to perform original compositions in front of a live audience. Eighteen girl bands with members ages 7-17 will take the stage at this premiere local concert venue to showcase their creativity and individuality and to play some rockin’ tunes.

Each band was formed and all music was composed on-site at three Girls Rock NC camp locations around the Triangle region of North Carolina. Girls Rock NC is an organization that provides music and arts programming and makes the creative community more accessible for young women. It places musical instruments in the hands of girls and encourages them to express themselves through song, rhythm, and movement. Girls Rock NC also promotes self-assurance by addressing important issues surrounding body image, gender equality and helping girls develop good relationships with their peers.

This year marks the 5th annual Camper Concert Showcase and, once again, the public is invited to attend to support these young musicians and the efforts of the Girls Rock NC organization. The program will be emceed by Laurelyn Dossett of traditional roots duo Polecat Creek and Betsy Shane of punk rock band Pink Flag. Tickets are $5 and may be purchased at the door on the evening of the show. Doors open at 5:30 p.m. For more information, visit girlsrocknc.org or call (919) 641-2727.

Whoever wrote that girls are made of “sugar, spice and everything nice” could have just summed it up by saying, “GIRLS ROCK!” 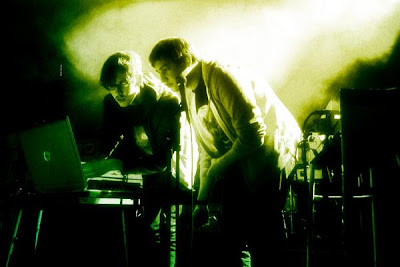 Keeping with the electronic dance theme of this weekend, the fabulous Swedish band Val Venosta sent us this fun-tastic video and free mp3 of their song "Peace and Quiet is For Libraries" along with the following note:

Hi, as we say in Sweden "Liten tuva stjälper ofta stora lass",
which means that in the summer you can't just sit in your room and play
with you synthesizers!

Tags:val venosta peace and quiet is for libraries

Amazing French electronica band Vitalic are coming out with their first album in 4 years in September 2009! Your Disco Song is the first preview of the album available. Enjoy!

Tags: vitalic your disco song
Posted by Viva Indie! at 7:46 AM No comments: 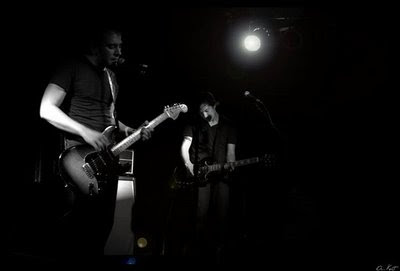 We get a lot of music on a daily basis from bands that for one reason or another have to do their own promo. We actually encourage this and really do listen to absolutely everything sent our way! Thankfully, Apteka found us on the interwebs and decided to send us their latest EP entitled Tour. Based out of Chicago, Apteka has done a fantastic job re-imagining the indie rock sounds from the early to mid-90s that made thier hometown the hotbed for truly rockin' indie tunes. We might be biased since we love Steve Albini, Seam, and Touch and Go Records, but Apteka does a great job invoking that era without completely mimicing it. Their are offering their EP as a free download.
You can get it here:

Free TOUR EP Download
Posted by Viva Indie! at 5:53 AM No comments: 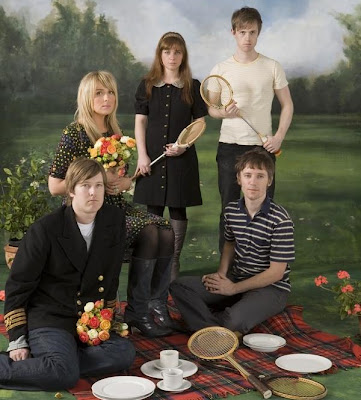 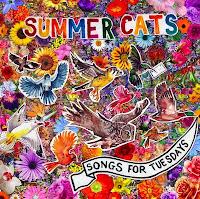 Slumberland Records has been knocking it out of the ballpark as of late with fantastic releases. Australian band Summer Cat's album Songs for Tuesdays is yet another homerun. If you like really well done, upbeat indie pop/rock, then you owe it yourself to check these guys out. The album is due out on July 14th. Take a listen to the free MP3 and watch the video below! You will definitely be hearing a lot from Summer Cats in the coming months!

Tags: summer cats songs for tuesdays
Posted by Viva Indie! at 8:18 AM No comments:

Casper & The Cookies and Everything Now on Tour Together! 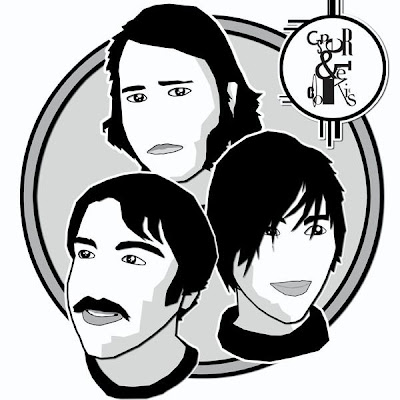 Two really great indie bands Casper & the Cookies and Everything Now! are heading out on tour together on July 15th! They will be up and down the East coast and all throughout the Midwest. If they are coming to a town near you, get up and go! 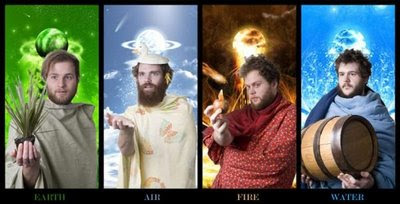 The Winter Sounds - Church of the Haunted South 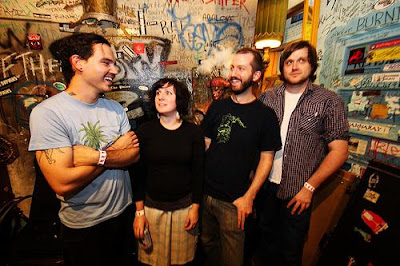 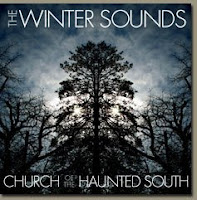 The Winter Sounds are back with another great release Church of the Haunted South. The album is a 12 song re-envisioning of all things that were great about Brit & Scottish pop from the late 70s and all throughout the 80s. The album is like listening to your old records and reminiscing of a time when MTV still played videos and you could not wait to see what was coming on next. Take a listen to "Trophy Wife" in the player below. The band has also kindly made the track available as a free download.

Tags:the winter sounds church of the new south
Posted by Viva Indie! at 7:10 AM No comments:


This is the first official music video from WAVVES, directed by Pete Ohs, who has previously worked with The Arcade Fire, The Unicorns, Fiery Furnaces, Au Revoir Simone, etc. It was shot mostly on the band’s first European tour. WAVVES has three US dates coming up…..

Tags:wavves no hope kids video
Posted by Viva Indie! at 4:50 AM No comments: