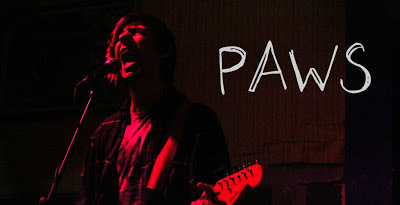 PAWS finally landed in America Tuesday night! This blog has been waiting to see them live ever since we first heard single “Sore Tummy” tear open 90s riffs and bring it to 2012. These are hardworking guys from Glasgow, Scotland who’ve earned their debut tour across the pond. Their punk is much more reflective and melancholic, and less in-the-moment; there really isn’t even a clear shout in their debut album Cokefloat! until track 9 (“Tulips”). They sing songs about mothers and fathers, bullies and ex-girlfriends, and Cupid, who fucked them up pretty bad apparently. They never really threaten to go off rails and do something conventionally “punk,” but that doesn’t mean it’s not good stuff.

Otherwise known as that band Japandroids wear often on their chests, PAWS (all-caps) still seem a bit mysterious to me, even after they did a 7 Silly Questions interview with this blog. Where does that name come from? What’s the significance of a coke float, and can I drink one with the band? And is the cover to their album meant to brainwash us? Either way, it’s working. Here’s to hopefully many more tours in America, more record releases, and more notoriety.

Check out their full tour below. Definitely try and make it if they’re in your city—they’re selling an exclusive EP cassette called “Tiger Lily” with three unreleased songs! Or you can just stream it here.

-Story and Photos by Joe Waslin 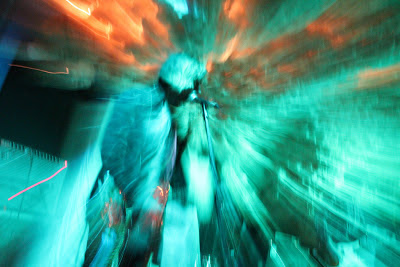