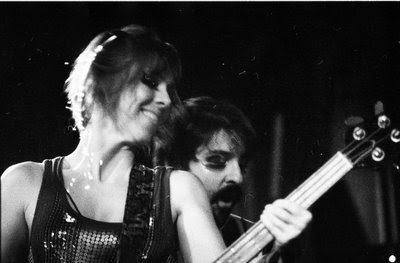 For more than a decade, Casper & the Cookies have been putting out fantastic indie pop records so sugary that you need a trip to the dentist after listening. Veteran musician Jason NeSmith (BP Helium, Of Montreal, Sunshine Fix) started Casper as a 4 track cassette project in the mid 90s and since then he and wife Kay Stanton have been churning out one amazing record after another and entertaining kids around the world with their high energy, phenomenally tight live act. Just this year they have already completed a US tour, put in several appearances at SXSW, and will be playing the vaunted NYC PopFest in May. Their current line-up is a three member tour de force which also includes the tremendous multi-instrumentalist Jim Hicks. 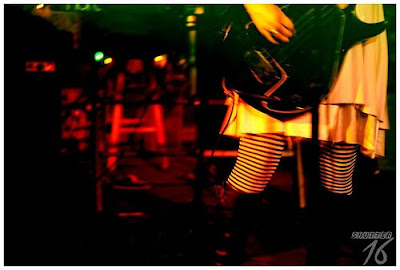 On May 12th, Casper & the Cookies are releasing their latest album Modern Silence in both CD and vinyl format. Modern Silence is 18 tracks of sheer pop pleasure. My early favorites include “Little Lady Larva” and “Nagoya.” “I Am Gone”, the final cut on the album, is a 15 minute opus featuring 35 guest musicians including Rob Schneider from Apples in Stereo, Bryan Poole from Of Montreal, & Vanessa Briscoe Hay from Pylon. Hysterically, not a single member of Casper & the Cookies appears on the track. The band has also been nice enough to make two tracks available for free download – “Little King” & “Pete Erchick Bicentennial Service Area.”

We caught up with the Jason, Kay, & Jim right after they got home from their US Tour and they kindly agreed to answer some highly suspect questions:

Viva: What was the first record you ever bought?
Jason: By category...single: "Bette Davis Eyes" by Kim Carnes, LP: either Voices by Hall & Oates or Escape by Journey, I can't remember which came first. cassette: Long Distance Voyager by the Moody Blues. 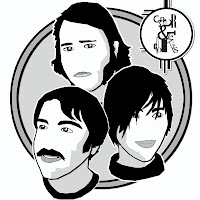 Kay: I’m pretty sure it was El Vira by the Oak Ridge Boys. For some reason I really liked El Vira when I was little and would watch her on channel 5 whenever I could.
Jim: The first record I ever bought was a seven inch single for the Michael Jackson classic, Bad!

Viva: Who smells the worst in the van on tour?
Jason: It used to be Joe, but now that he's gone it's probably me.
Kay: Used to be Joe Rowe (the Joezone), but now it would be a race between Jason and me. He gets ripe in the pits, but if I eat at Taco Bell two days in a row, it can be bad.
Jim: Well, this answer used to be easy, it was Joe. Nowadays, all cookies seem to enjoy daily showers and the van aroma maintains a very un-rock band pleasantness.

Viva: Who would win in a fight, Unicorns… or Narwhals?
Jason: Probably Unicorns due to their powerful eye-lasers and ability to fly. But they'll get all hot under the collar when part of Unicorn Town comes to be known as Little Greenland. And the children of Unicorn soldiers who come back from the war with Narwhal wives will look like the most frighteningly beautiful hovercrafts.
Kay: Are they the flying unicorns? Or regular? If they’re the flying ones, they can totally take on the Narwhals with the swoop and skewer. If not, it would be a draw, because the Unicorns can’t get deep enough in the water to do any damage, and vice versa (but with land) On their turf, the Narwhals can just swim out to a safe distance, and the Unicorns can just stay on dry land without fear of Narwhals flopping out to get them.
Jim: Now see, this all depends on where the battle takes place; on land, unicorns have it on lockdown for sure, but in the water, I'd tip it to the narwhals!

Viva: What’s the worst song you have covered live?
Jason: "Sweet Pea" It's catchy as hell, but it's like the Oreo Cakester of songwriting. Devoid of anything good for you. In fact, if you analize it, it's trying to kill you. 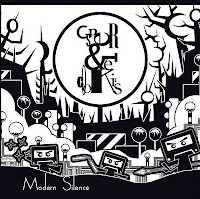 Kay: “Mother” by Danzig. It was awesome.
Jim: Hmmmm, I, personally, really like cheesy covers so this one is hard for me to answer. I really, really wanna cover "Man in the Mirror" so when that happens, it will be that song.

Viva: Who's in heavy rotation on your iPod?
Jason: LCD Soundsystem's The Sound of Silver, Rotary Connection best of, and-- in a surprise return-- XTC's Skylarking (I thought I was done with that album).
Kay: Sly & the Family Stone, Jookabox, Pylon, The Who, Talking Heads, Lightning Bolt (OK, not really on the iPod, but check them out on YouTube)
Jim: Poison Control Center, Everthus the Deadbeats, Apples in Stereo, Esg, the new Marshmallow Coast, Jookabox, and it will be L.A. Tool and Die once I get a copy of the Mustache song!!!

Viva: What was the worst fight over nothing that you got into with each other after being road weary and exhausted?
Jason: Good god, this happens twice a day. I'm constanty fighting with someone, but the other person is usually unaware. I secretly loathe when people sing along with the van stereo because I'm trying to hear the recording, not their approximation of it. But you know if one of my sing-along faves comes up on shuffle I'm'a sing my heart out.
Kay: Our first year at CMJ, we decided to hang out after the show because our friend Keith John Adams from England was touring with us. At some point, I decided I was done and wanted to go home. Shortly before I came to this bad decision, Jason and Keith had found a partially full bottle of whisky in the gutter. I suspect that it was one part whiskey and one part bum piss, but I guess one would take care of the other. In any case I couldn’t remember how to get back to where we were staying, and Jason and Keith were just getting started, so I screamed at Jason for a while, and then walked around the lower east side and had my own personal meltdown on some steps somewhere. Good times.
Jim: Fight? This band? Oh, we never fight. 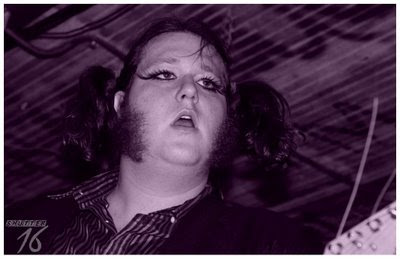