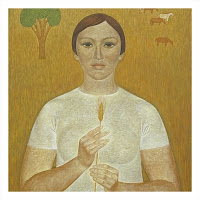 Carey Mercer, the genius behind Frog Eyes, is releasing his second solo album using the alias Blackout Beach on Dec 2nd. Skin of Evil is a semi-concept album following the life of "Donna" as seen through both her eyes and the eyes of her various lovers. Composed, played and recorded entirely by Mercer alone, Skin of Evil is one of the most compelling records I have heard this year. It's fascinating. The mood set in each of these songs is filled with such emotional complexity that it becomes mesmerizing and even a bit haunting. It's engaging. It's unique. And, I think when everything is said and done, this album will come across as one of the best records of this decade. Buy this record.